Ugh, what it says in title. I kinda like Ouran and Shana.
Posted by Unknown at 10:38 No comments: Links to this post

Moe, is it important for anime story? 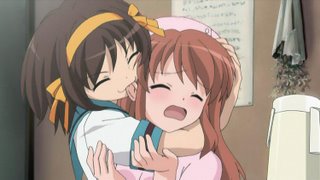 Why moe or turn ons are essential for anime..... Do we really need that factor to pull audiences in? And why majority of them are females? Apparently there is specific moe for males too but this would border on shota which based on famous teenage male from old anime which known as Gigantor in USA (Tetsu-Jin 28 in Japanese). 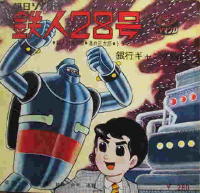 Sometimes I do wonder, afterall, it is not critical for me to like an anime due to a presence of "moe" character schema. Many things did not make sense in anime culture like the preoccupation with hot springs or celebration of warrior culture. But why I talk about moe here? 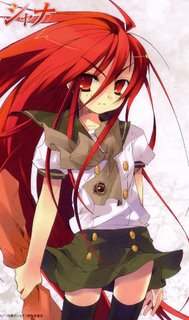 Moe specifically addressed as things that "turn on" people with appealing ideas of cute ranging from dress sense to voice. There is no accident that most lead females characters tend to be young teens wearing eyebrow raising plaid skirt length supported by waif-like voice characterization.

It is very complex as you can see from this unusual rant in the blog. But I have been thinking to write it out in words, to express my bemusement on this issue of otakudom. Lately, this thing called Saimoe, basically the all out contest to see who is the winner of the year, which goes to Suiseiki ( Rozen maiden)is manifestation of the growth of this previously Japanese niche obsession. Now it is becoming global. 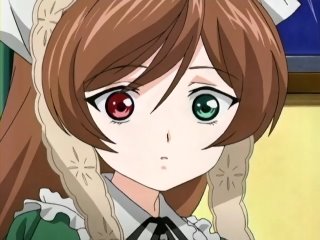 No matter how I lamented about it, moe is going to go stronger. I don't go against it but I not terrifically thrilled about it either. I mean, moe is nice to looooook at but....to what end does it serve? Just overwhelming our senses? Or something more? I personally find the Major from Ghost in the Shell series more moe than usual model of moe but I am in minority here. Seriously minor. But someone said to me that I barking at the forest but neglected the trees that make up the forest. Maybe, or perhaps I dunno....maturity? Ah well, I can't really decide which is which. Whimsical at its best now resides this narration. 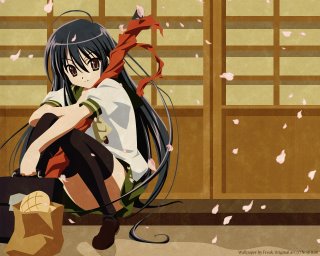 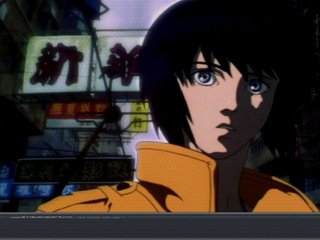 In retrosepct, I reacted this massive influx of uneccessary moe in current anime offering. It may enchance the story cosmetically but I don't think it will do much good if the story is shoddy as hell.
Posted by Unknown at 09:44 No comments: Links to this post