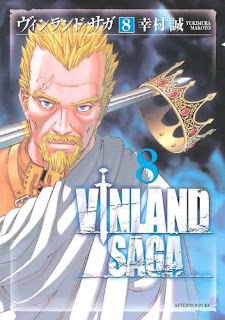 Mamoru Hosada's Summer Wars won critical acclaim, awarded Grand Prize in Animation by Japanese Ministry of Cultural Affairs. To me, this movie deserves the accolade, it has more tight pacing than Girl Who Leap Time by same director back in 2007. More on this movie review later.

Now let's see what I have covered in this blog that has won the awards or selected by jury, I am pretty gratified that the Japanese government seems to agree with most of my choice. LOL.

Manga award goes to excellent Saga of Vinland, a Japanese version of Viking story. More on this later too. The award ceremony is scheduled on next year February.

anime
Posted by Unknown at 06:32 2 comments: Links to this post