The writer that is assisting the Fate/Zero project, Urobuchi Gen, is the original founding member of Nitroplus who wrote Phantom of Inferno, Vejedgonia, and Kikokugai.

Really sparse information so far.
Posted by Unknown at 15:11 No comments:

A book review on hikkikomori 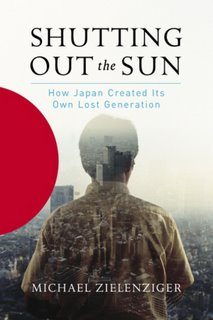 
This is an interesting article review on book by Michael Zielenziger, talking about phenomenon known as cockroach child or hikkikomori syndrome, which become Japan's silent social problem. It has an excerpt from the book. Pretty tough to read for me actually.

Recently Welcome to NHK! is talking about this anime, it is harrowing and depressing but oh, it is so true.
Posted by Unknown at 14:37 No comments:

An interesting article to read. 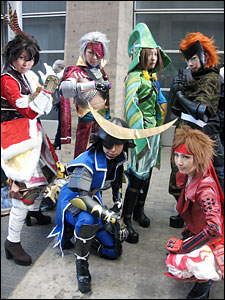 This article talks about normal stuff of Japan that most of us already knew including a showcase on one cosplayer who is a dedicated fan of the genre. It has radio link too, so the article is not just text based. The writing mostly generalist, covering maid cafe, otakudom and geekdom. Nothing really new here actually.

However the cosplay is good. I quite like the details.

One day I might go to the Show just for the heck of it.
Posted by Unknown at 14:28 No comments:

The Land of the Comic Book 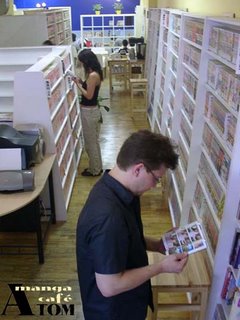 Comic books have a wider following in Japan than most people would ever imagine. Nearly 40% of all printed items are in comic form. About 350 comics and 500 comic books are published every month. Twelve comics appear on a weekly basis, the most popular being Shonen Magazine, with almost four million copies distributed every week.
Reading comics is a more popular leisure activity than going to the movies or reading novels, and may even be more popular than watching television or listening to music.
Comics, called manga, provide a cheap, easy way to amuse oneself. They can offer much more. "How To" books, works of general academic interest, and other books introducing subjects like law or economics are also published in manga form. Companies may even use manga for their brochures and advertising.

A generalist essay to explain why manga is more than just manga in Japan. Actually the scope is from usual manga to safety awareness campaign type of mangas, I seen it before. This kinda manga shows the dangers of problem and how to avoid it with increased awareness. This writing is like introduction of manga 101 for most newcomers to this entertainment niche.

Manga is not just a medium of entertainment in Japan, it is also a form of lighter version of instruction manual for people to follow. It is a national identity for Japan as it has hundreds of history behind it, from days of Ukiyo-e woodprints to modern manga that we all recognize today.