What really, really bothers me about Oreimo / 俺の妹がこんなに可愛いわけがない ? 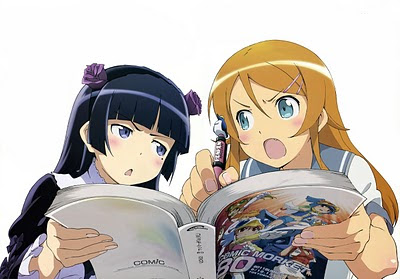 The recent infamous anime series based on light novel adaptation, My Little Sister Can't be This Cute have received lots of flak for much unneeded fan service scene which is highly disturbing (incestuous)in episode 4. Yuck stuff absolutely.

However this is not as bothering to me as this one aspect: The main female lead is a superhuman, something that will make pro-eugenic people dancing in giddiness. Nazi little sister? I can't really watch without this bothering me every second. Don't think it will matters how she feels or do, she is almost flawless superhuman. Her brother is almost a non-entity in contrast to her which according to my friend, highly unusual and jumping the shark. Another nail on the coffin.

Ah well, this is only so much I can take to be honest. Dropping this anime like a hot shit. It is a shame, I kinda take a liking for Kuroneko, the gloomy anime fan.