Alright! I am looking forward towards this work as it featured some new story and new CG. I was wondering if it will enchance the story of the game or not.

But being a TYPEMOON fan for long time, I am looking really forward to this work. Saber FTW.
Posted by Unknown at 16:04 No comments: Links to this post 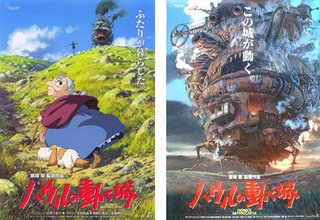 About Japanese animation
By Hayao Miyazaki

It was 1958 when Hakujaden (The Legend of White Snake), the first feature length color cartoon movie in Japan, was released. In the end of that year, I, who was a senior high school student and was supposed to be preparing for the university entrance exam, met this movie at a third-class cheap movie theater.

Words of anime appeal from maestro himself, Hayao Miyazaki. He felt that anime is a transition, not absolutism in itself, however he did express his views on modern animes as lacking in soul as it is too commercialized. How true is those words? I personally did not really agree with him on that but maybe it is cultural relativism he is trying to stress.

What I see is different from his, so clash of opinion is undoubtly inevitable.
Posted by Unknown at 15:51 No comments: Links to this post