Final thoughts on Suisei no Gargantia 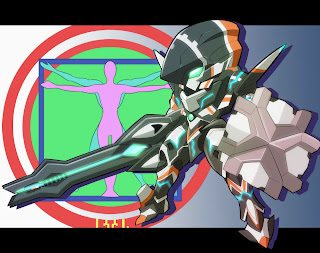 Being a loyal fan of Gen Urobochi, I always look forward to watch any work of his since days of Phantom of the Inferno game. Gargantia is no exception.

For this series, I have to admit that I love his portrayal of the world that is torn between technology advocate (Continetal Union) and transhumanist movement. However some episode I felt is a bit too slow - the belly dancing is one despite its role as foreshadowing of what is coming in excellent episode 9. I really wished they focus more on the space Nazis, the Galactic Alliance. So many questions still around like the fate of them after the failed all or nothing assault on Space Hideauze. Did the transhumanist have any trace of humanity left after so many years of change?

But those are not important since the focus in on Ledo/Red's step into new world and reacquire his humanity after the disconnect that he felt in episode 1. Chamber can be said like a doting parent, shielding and cultivate the pilot in guise of Pilot Support System and the AI decided to eject his "children" in the final fight, it is like a  real farewell between a charge and the guardian.

The real ride starts in episode 11 and ends with cliched but nevertheless sensible 13 when determinism versus choice (the commander mecha Striker and Ledo/Red's Chamber). In the duel, the machines even still debating about what makes a human, right at the last moment.

There is going to be 3 more OVA/OADs bundled together with the Bluray, it is merely expanding on other characters like Ridget or Bellows. But I do wish they will talk post episode 13 or at least a glimpse into the space war between 2 sides.

What is your next story, Urobochi Sensei?

anime
Posted by Unknown at 22:22 No comments: