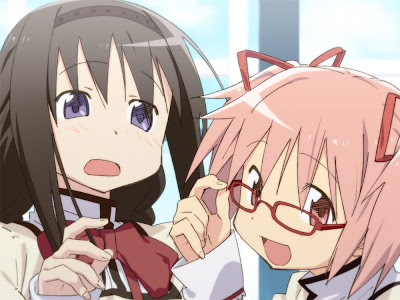 And what a fantastic series. This is what a well fleshed out characters and good storytelling can do. Easily one of the best series in 2011 and I foresee a legendary cult status it will attain amongst anime fans around the world. Never once I regretted watching the series, for me the highlight is paradigm shifting episode 3. I never watch this for the moe factor, I was more interested in plot, character and story. From then on, it is a wild, wild and dark ride into despair, suffering etc. Power comes with such heavy cost, for each Puella is basically a lich when they made the contract with QB/Kyubey. Yeap, pretty much glorified zombie magical girls. 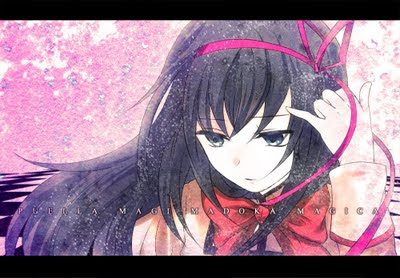 Great music BGM helps especially at the scene of despairing Homura in episode 11, as her Soul Gem is getting tainted close to become a Witch after her attempts to stop Walpurgis falters. My emotions and feelings, already stung by Homura's cry of despair was enhanced by Kaijura's touch. This is what a good BGM can do.

This for example. Theme of Tomoe Mami, heard in episode 3.

No doubt the ending is deus ex-machina but there is considerable price to pay. Madoka for her existence as human is no longer tenable for her request to end the vicious cycle of Puella and Witches. She ascended into higher plane of existence and becomes a guardian angel to fight against despair and pain forever all alone. However as long as someone dear to her (Homura) remembers her, she felt it is enough that she is not truly alone. In the end, Madoka did express hope that one day they will meet again. Truly bittersweet ending, Urobochi style.

Personally I think Homura as one of interesting tragic heroine, she has to bear lots of awful truth thanks to her time travelling skills. Yet, she fought as much as she could despite knowing so much pain and suffering from alternate timelines. That to me, it is awesome since a heroism tampered with suffering make the character more human. Ironically Homura is the one with least expression in the series. Madoka is just a background on where Homura's reason to be painted on with 3 other girls act as a foil. Basically it is story of close friendship (some fans prefer to think of it as lesbian love) between Madoka and Homura, Sayaka and Sakura. Mami is a lonely Puella who looks for friendship and finds it with gushing Madoka before her horrific demise.

And hey, a chick who uses modern firepower always get top kudos from me. Homura is not shy using military firepower to fight enemies which I find it refreshing. Urobochi is known gun nut and it shows here. Homura is easily my favourite in this series. 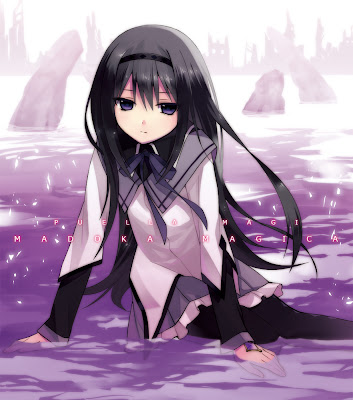 For me, Kyubey or QB is ambivalent sentient beings, they might appear to work against human interests but without them, humanity will not have capability to fight the supernatural powers encountered in the series. It is easy to hate this unfeeling, alien beings though. Without these beings however, there will be no progress for humanity. QB/Kyubey has around since the dawn of mankind. However I find the argument and justification of entropy and energy transfer is a bit iffy though. For more discussions of Kyubey/OB's monologue in episode 9 about energy transfer and entropy, refer to this site.

It is rumored that Shinbo musing he might direct second season with slice of life genre instead of presence of plot. I don't know if this is true or not. Anyway, thank you Shinbo san for a fantastic series. This is perhaps one and only magical girls anime series that I bothered to watch. LOL. 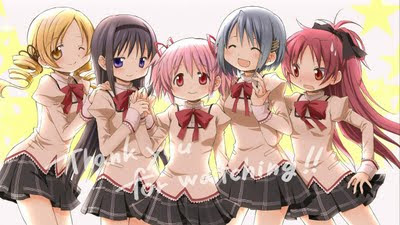