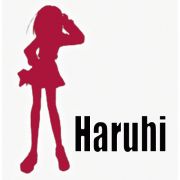 PS. I'm surprised at the huge response towards the Haruhi second season rumor, even though I didn't even talk about it all that much. By the way, the source is a wire from the same person who provided me with the announcement of the new Eva movie earlier."

A cause for rejoice? Maybe. Why I do not jump immediately? Because despite all the materials available from the novels, I don't think it will do well 2nd round since the quirky charms generated by 1st series will excite me as much anymore. You can say the magic might fizzle out and it will be amusing series but not "oh wow" type. I was worried that the 2nd series will be well made strange comedy but will be overhyped to death by legions of fans around the world.

However being pessimist I was, I was hoping for the best. It remains to be seen if Kyoto Animation can keep up their good work. I have to watch new Kanon but from I heard, it is pretty good buzz so far. 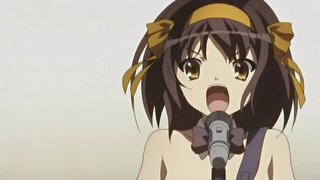