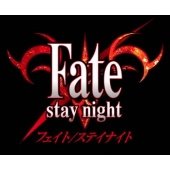 In history of ongoing time, 7 special people chosen to be Masters in Holy Grail War. Fighting it out until last one standing, they using spirits known as Heroic Spirits or Servants to aid them in this War. The Servants based on legendary figures from mythos or history have impressive power and often caused wholescale destruction. Divided into classes of Archer, Assassin, Berserker, Caster, Rider, Lancer and Saber which denotes their specialty and weapons ability. The last battle fought 10 years ago in Japan\'s Fuyuki City, resulted in leveling of few city blocks killed many innocent people in massive flames. Emiya Shirou is the sole survivor of the disaster and he was picked up by a kind stranger with wan look on his face. As he grow up he learned that this stranger was a Magi and he determined to emulate his foster father as hero for justice. For years he has carry this conviction and shape himself up for the day where he can be protector of justice but his foster father refused to train him in magical arts. After sometime, the foster father died and Shirou grow up to be a fine boy living his life normally while practicing his craft in secret. Then a strange encounter happens when he saw an inhuman duel between 2 men using archaic weapon in his school yard late in day change his life forever. While staggering from this strange encounter, he met a beautiful blonde woman with stern green emerald eyes clad in armour announcing that he was her Master and she is prepared to fight in his stead as Saber while bright moonlight reflecting her brilliant armour.

"Servant Saber arrive as summoned. Inquiry. Are you my Master?"

Fate/Stay Night is second major story created by Kinoko Nasu and it created a storm in Japan as one of the bestselling novel game. Published in early 2004, it sold off 104,000 copies on release, and inevitably in early 2006, we got to see the anime animated by Studio DEEN. After the debacle of Shingeshutan Tsukihime, many fans asked if history is going repeat itself or not. 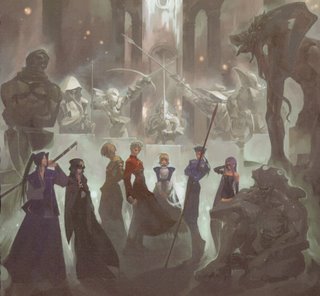 The art is not spectacular but it is good enough to convey the mood of the anime. In some parts the art dropped little bit but it is not that noticeable. The colour is not too pastel and garish, the background is bit static considering it is 24 episode series. Character designs are often accused as pandering to fanboy wet dream from leather clad Rider to short skirt Rin Tohsaka gracing the scenes. Even Archer is considered to have generic handsome man look but the accusation is baseless in my opinion.

In some battle scenes the art comes up a notch or two while during the conversation phase, it is often reduced to long shots of talking heads and eye expression.

However they kept the character design of original game and it was decision because the original art made the character look alive because of very lively eye expression. During the conversation phase this is important as the anime is quite heavy in conversation aspect and subtle changes of their eye expression is what makes the characters special. Rin especially carry this aspect strongly as she can be considered as the most complicated character in the story.

However in the middle of the series, the art quality drop noticeably. Typical mid series problem of lack of sufficient budget and time. 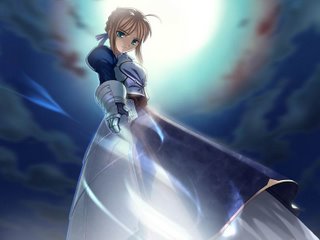 The 1st opening song "Disillusion" by Sachi Tanaka is a variation of original opening from the game with more soulful melody instead of hard edge techno from the original opening. It set the correct mood for the anime whereas Jukai's "Anata ga Ito Mori" wraps up the excellent sound track bundle of the anime. But the real star is Kenji Kawai again with his masterful rendition actually make the story more poignant and insightful with his touching sound tracks. For example the theme for Saber evoked a warrior\'s dignity and nobility tone whereas Rider\'s theme gives a sense of foreboding with female lethality and beauty in motion.

The voices of character fits in the place except for Sakura who sounded a bit too high generic for her character stereotype. Rin Tohsaka\'s VA however takes the cake by showcasing subtleness in proper tone and hard edged when she is angry. But when Rin is being smug or sacrastic, one can actually feel it which a testament to her VA\'s skill, Ueda Kana. 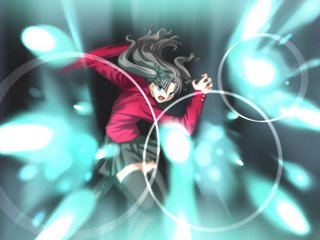 Some characters specialized in niche area of the story.

Fujimura seems to control the slapstick comedy aspect whereas Rin 's role is sacrastic humor department, does liven up the otherwise a dark story. Saber was more like non-chalant humor generator.

The concept is slow build up to an epic ending as the gamestory does showing how Shirou tribulations before he become a true hero in protecting people that he loves. Thus the numerous discussion or talky scenes is essential in creating plot devices to push the story forward.

The anime seems to alternate between discussion phase and brief if spirited action sequence. The anime makers is trying to strike a balance between these to address the complexity of the story. The atmosphere is one of mysticism and dark forebodings as the magus and Servants alike scrambling for the Holy Grail. What I like is the anime succeded in striking balance between two phases, first explaining why they have to be what they be and resolution(s) of the issues at hand with action.

One thing that does absent in anime which make the original material so enjoyable is extensive internal monologues which provided so much insight into the characters especially Shirou. That is the few flaws I can find with this anime.

During the Berserker arc however, the art quality and story progression is not on par with earlier episodes, much to my disappointment. It seems they suffered by limitation of budget here. But the jarring story transition is what makes it not so enjoyable. The subsequent Caster story arc also plagued by 1 not clearly explained issue which I let the viewers to find out. These 2 arcs did decrease my enjoyment of the series.

However the ending is very beautiful and moving, fits the characters life as they should be.

Overall, up to this point, this is one of the best anime in 2006 and it is clearly DVD worthy. Below is my small tribute to this awesome story.

The story is moving and tragic, as heroes and heroines forced to fight again, reliving their legends then get killed or kill in the end. You can say the magus are evil for not giving these so called heroic spirits peace by summoning them for totally unrelated war. Assassin made a good point that he was cursing the day that he was summoned to the world again. By plying to their desire to have the Grail, they awaken again to relive human frailties tampering their heroic deeds. It must be vexing for them to fight for the prize and relive their life\'s as they know it but in such alien circumstances.

Adding to that too, is the usual human story of maguses who fought for honour, for tradition or pacifistic altruism in this totally inhumane war.Not forgetting the all too familiar greed for more power. The fact that they not able living their life as normal people must be quite a strain on their being. It is sad too, to see a decent bloke like Shirou lost his normal life and get embroiled into something like Holy Grail War. Sometimes, the most precious thing life can give is semblance of normal life. His life will never be the same again. No more ignorant bliss. Maybe he wants it, maybe he don\'t.

Then Saber, with her commitment to protect her all-too-naive current Master also is quite sad too. She is a warrior who is fighting an alien war in distant time which have nothing to do with her real life. The only thing she has is her desire to acquire the Grail. At such heavy cost to fulfill an obligation that she felt responsible for.

The list goes on. Perhaps I am too pessimistic.

That's how I see Fate/Stay Night as.: A collection of sad stories with brave, heroic tragedy in poetic quality. This anime has build up slowly the reason why heroes/heroines exist and why they willing to fight for. Ultimately heroes/heroines is people who capable of self sacrifice for a cause they believe in. 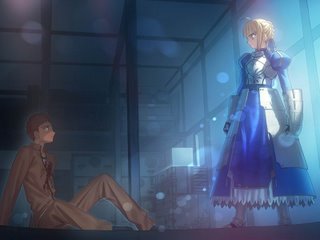 Posted by Unknown at 00:56 6 comments: Links to this post