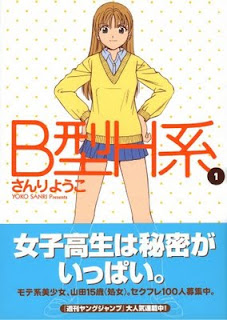 Another 2010 anime series is announced and yes, it also caught my attention: B Gata H Kei. The story is a typical school romance but it has interesting twist,this girl who wanted to have multiple (100 to be exact) casual sex partner ends up pursuing only one boy. In fact most of the time, she have perverted fantasies which is highly refreshing considering most of the time females in other series tend to be too innocent to even go as far as this character Yamada did. The cover even shows how defiant Yamada's sexual rebellion is; hands on her hips screaming for attention,legs spread apart with a very determined gaze and a confident smirk.

The premise talks on how aggressive the main character in pursuit of eros which is pretty unusual. Normally this kinda character always end up as side character in most other series or became a "villainess" female fatale type trying to ensnare main character away. It has a very confident feminist streak, something that is traditionally frowned in Japanese, heck Asian culture in general. In this story, her libido is running amok with unrestrained manner. 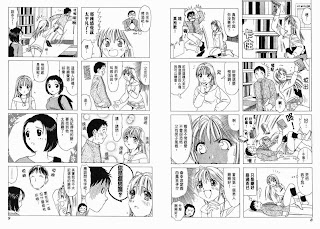 No other info is available yet, only main voice actress Yukari Tamura is confirmed. It is based on 4 panel manga strip penned by not too surprisingly a female mangaka, Yoko Sanri.

anime
Posted by Unknown at 05:13 4 comments: Links to this post