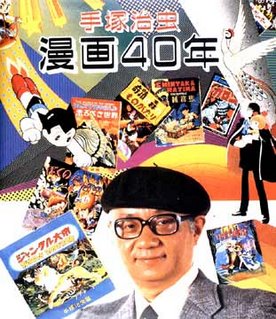 Tezuka Osamu and the Expressive Techniques of Contemporary Manga

Manga today is flourishing on the foundations laid by Tezuka Osamu. This article will discuss that foundation in terms of expressive technique.

Foreign, and particularly European readers often describe the experience of reading Japanese manga as similar to that of watching a film. This characterization was also on the lips of the young Japanese readers who would go onto become manga artists themselves when they first read Tezuka Osamu's New Treasure Island upon its release in 1947. Postwar and contemporary manga was born with this first "cinematic" work.

Another concise writing on history of manga, this time on prose. Pretty good start for beginners of manga fans. It explained and eloborate on this aspect of manga and how it featured in Japanese pop culture history and affecting the world comic reading as we know it today.
Posted by Unknown at 09:21 3 comments: Links to this post