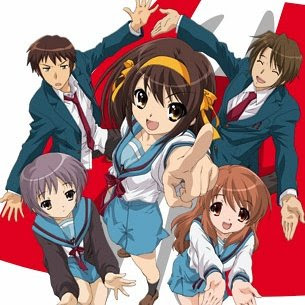 Alright, looks like fans of 2006 best anime series can rejoice as episode 8 " Bamboo Leaf Rhapsody" is on schedule 22 May 2009. However as far as I know, it is part of "renewed" airing of the series on Japanese TV, not part from long awaited season 2 of Haruhi series. Chronologically, this time the 2nd season will focus on Haruhi's alternate timeline (hence the longhair) and how they met when she is still young. This episode supposed to start this part of story. One station airing list this one as part of program schedule.

The episode is not aired in original 2006 broadcast hence the excitement from the fans right now. Truthfully, I am puzzled. Why Kyoto Animation shooting itself in foot, by jeopardizing K-On! current glory with this stunt? What are they actually hoping to achieve if this going to pass? Or they got so arrogant that they did not think it will do anything drastic to the ongoing series?

Oh not surprisingly, Kadokawa asked the offending station to delete it from scheduled program listing much later. However, part of me thinks this is part of elaborate PR exercise to hype up excitement.