US interpretation of Akira

Parody version but somewhat underline the fears of American adaptation after debacles like Legend of Chun Li or Dragonball. Rumors are flying around the studio wanted to tone down the gritty story to PG 13 level instead of R. Which do not augur well for the fans of the story.

Remains to be seen if this going to be another major fuckup. Hopefully not.

Another OVA/OAD that pricked my interest, read the manga and quite impressed by it. Directed by same dude who did Shuffle! and Prism Ark; Hosoda Naoto. Asread, the studio did botched up job on Minami-ke sequel will be animating this story. Supposedly a pilot anime episode, ostensibly to gauge response from general public.

Synopsis:
High school 2nd year, Amano Yukiteru, is a boy who has problem making friends. He thinks of himself as a bystander and will always write down everything he sees in a cell phone diary. Tormented by solitude, Yukiteru began to imagine things like a friend called Deus X Makina who is apparently the Lord of Time & Space. Seeing Yukiteru's miserable state, Deus gives him a new ability. His diary will now record events that will happen in the near future. Yukiteru is then forced to participate in a game which the winner will become Deus's successor.

Ah! Trailer is out! Time to whip some furry action! 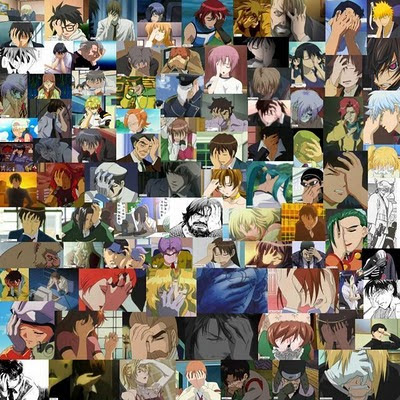 Guess what, a coalition of publishers in USA and Japan decided enough is enough, they going after manga scan sites such as Mangafox and many, many others. Most of them are based in China or Taiwan (heh not surprised at all) but what is different this time that they also targeting English scanlastion sites too. Woo....scary! To me, it sounds like Japanese manga industry is desperate to pin blame on anything,anyone but themselves in current malaise of manga industry in Japan. Same goes for the US people.

They sound pretty serious in smashing the pirate sites that make mockery of their investments by providing mangas FOC using the Internet as the medium. Sounds familiar? Napster, if anyone remembers. What exasperated me here is these people of the industry seem to be so anti-Internet. Instead learning to use it as a tool of making money, they keep trying to destroy it which it is utterly stupid and wasteful. Why bucking against inevitable juggernaut of civilization? Is their vision so short sighted that they fail to see that using Internet can actually help they make money?

As more and more young generations of manga fans raised on cyberspace and Internet, their preference for information gathering has changed remarkably too. They prefer e-stuff more than tangible, traditional book stuff. Where is the marketers have been looking at all these years? Are they even listening? Their expertise are made of fail so far from what I can see. Many people snorted that books are better but technology has catch up pretty fast and stuff like I-pad or Kindle provided quite comfortable reading experience for users. Things are catching up and old books will be consigned to same place that now houses papyrus scrolls, rocks etc soon, ie: they're history!

Vested interest especially those middle people who made fat money also don't like this new method of delivery. It is no small wonder that they were the most vocal and angriest bunch of people when comes to this oh so delicate issue. After all, they don't give a damn about the fact books cost paper which means trees will be chopped off to feed their business model.

Just offer a chapter of manga at affordable cost like .99 cents or 1-2 bucks and I can be sure that will be a majority of fans do not mind to pay for it. Pay attention to Itunes for example. The latest trend is people are reading mangas from handphones or Ipads. Create some technology or invest in something that make payments easy. Also develop some sort of technology that make the chapters can be downloaded from buyer's HDD 3-4 times before it becomes locked. Or offer the chapters for free but make sure that users click on some ads before they can read it. Anything but try to force manga fans to buy books. Some people don't like the idea of buying volumes of manga that will take up space in their room or house etc (for example, Ranma has 38 freaking volumes!). I balked at the thought that I have to allocate more space in my room for manga housing since space is a precious commodity in living especially in city. Having electronic copy is great boost in space management, honestly. Not every manga fan can afford a big room to host big collection of mangas.

Have these so called captains of industry think of that? Guess not.

My prediction as soon this current storm blow over, the pirates will be up again, offering illegal manga chapters for free at expense of hardworking mangakas. Back to square one. The more you try to grasp it in iron grip, the more it will slip away. Just like water. Pfft!

Sorry about the rant. I just totally disgusted about this.

Madhouse Studio which is one of my favourite studio in anime industry is now working with Warner Brothers to make "Supernatural" the anime series, 22 episodes length. Yes, that TV series. I always like Madhouse for their sublime touches on their work, Summer Wars has so many good points that it is not even funny anymore. Soon to be aired in January 2011.

Despite my lack of interest of original TV series, this news made me interested since participation of Madhouse. Perhaps 3D disgusting pig syndrome is at play here. Hahahahahah!

Toaru Majutsu no Index Season 2 is on

It is on. The 2nd season to successful series, "Toaru Majutsu no Index" or Certain Magical Index will be coming soon.

I have read the novel beyond vol 6 (the 1st season anime covers vol 1 to 6), felt that the story quality is kinda going downhill with more and more cliche thrown in which made it too predictable for audience.

Now let's see if the anime able to do it better.

My favourite character from the story is the veteran female VA who is quirky but yet endearing. From what I knew, it is a pretty decent run in Japan for the obvious innocent yet risqué humor.