Yup, the Dendrobium RX-78 GP-03. It appeared in Gundam Stardust Memory OVA.
Posted by Unknown at 04:56 No comments:

I want to ride this! O_o

However, fighting at such high speed, unless they have something like G dampener it is going to be hell on the pilot's physique. I do wonder if human body is built for such high speed combat in space as depicted here.
Posted by Unknown at 04:49 1 comment: 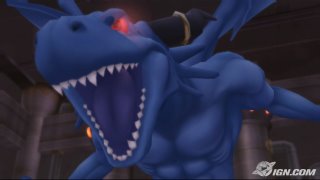 I do wonder if this title will be as popular as Pokemon or Sailor Moon. But this is classic case of muscle marketing, brutally forcing itself into people's mind and emptying their wallet in due process too. Microsoft is no stranger to power marketing, anyway.

It remains to be seen if this is going to be another Microsoft success story.

Source.
Posted by Unknown at 04:40 No comments:

Nodame: From manga to TV to cafe 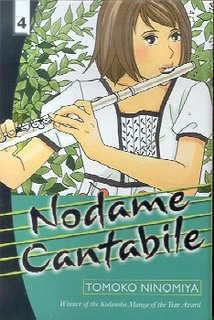 A restaurant in Harajuku, Tokyo, has opened a temporary cafe to tie in with Fuji TV's drama series, Nodame Kantabire (Mondays, 9 p.m.), re-creating the heroine's messy room and serving special dishes that appear in the series.

The TV drama is based on a manga series of the same title, which features an aspiring pianist studying at a music college.

There is no limit when comes to merchandising power of manga in Japan. This is really creative stuff and I am gob smacked by the sheer ingenuity of the whole idea. I wonder what is next in marketing manga based memes.
Posted by Unknown at 04:33 No comments:

An article on Germany's case of manga culture 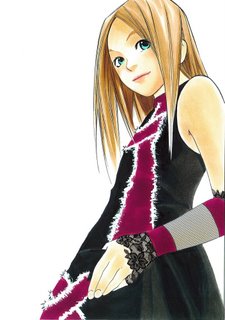 This is one article talks about the story of mangas influencing readers in Germany. It is a good summary and I generally concurred with most the salient points raised in the feature article. As seen in the article pictures, the quality is on par with Japanese artist and I assume the storytelling will be almost as good. However I haven't seen any German styled manga yet, so I reserved my comments on this topic. I do wonder how pervasive manga is in Western Europe.

Source.
Posted by Unknown at 04:19 No comments:

Tokyopop Create Your Own Manga

Create your own manga

Now this is an interesting development. I can't wait to see the diffusion of manga culture in US, seeing how far imitation has gone in creating the synergy of the culture in discussion. However, I can be putting too much generalization here, I have no absolute proof about my earlier statement. But it is an interesting project.

Is it possible one day that US going to have their own subset of manga culture that is different from Japan? Megatokyo evolution would seem to suggest that way but nothing is conclusive yet.

Maybe in 10 years time, we shall see a schism between US and Japanese style of manga culture. Something like what happened in Martin Luther and Catholicism.

Speaking of which, DC Comics now targeting teenage females in this article. Could it be they learning from mangas in Japan? I do wonder if they going to include pretty boys in their lineup just like the Shonen offers in Japanese manga titles.
Posted by Unknown at 03:58 No comments: