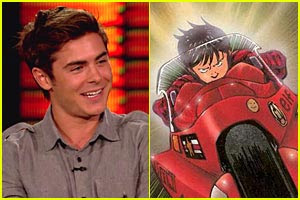 Oh no. According to this website, the dude that once rumored to be Sousoke in Full Metal Panic live action might be possibly casted as famous Kaneda in live action Akira. Talks are still in progress though.

Albert Hughes (Book of Eli) will be directing it. Leo Dicaprio denied any rumors that he might acted as Kaneda in the adaptation.

As expected, it is "Americanized" by setting it in New Manhattan instead of Neo Tokyo in original movie.

anime
Posted by Unknown at 10:58 4 comments: Links to this post