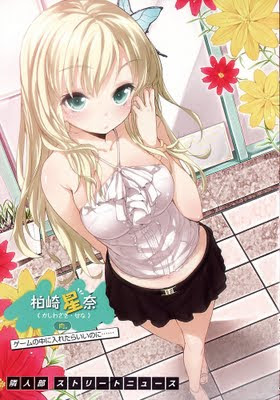 For award winning light novel, it is matter of time. The story talks about bunch of no social life people decided to setup a club to make friends. The manga won 2nd place as Best Novel Series 2011 and the booblicious Sena is voted 4th best female character in the guide, "Kono Light Novel ga Sugoi!". This guidebook ranking is based on votes from readers polled on Internet. Pretty much the who's who in Japanese light novel world.

Kodaka, the half Brit/Japanese former delinquent is the main character. He is awkward but have no ill intent towards people. However his "Yankee" look turns a lot of people off at school, so he ends up lonely. When he met a beautiful but intensely eccentric Yozora talking to her imaginary friend one day in empty class, the story hits off. Later he will come across the narcissistic haughty Sena, aggressively horny brilliant Rika, emo clingy sister Kobato, dangerously cute Yukimura the crossdresser and loli nun teacher, Maria in this club for losers who can't make friends in school. Quite different from SOS Brigade. 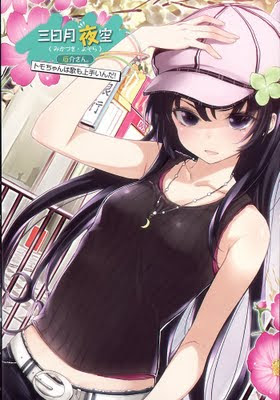 When I read the manga for first time, it is very hilarious due to how dysfunctional personality the characters seems to thrive on when socializing with each other. And yes, slowly, Kodaka will be center of romantic attentions from all these personalities without he realising it. The novel sheds more light and development of the romance especially childhood friends Kodaka and Yozora. I would predict the anime series will hit off pretty well, considering how weird the characters are. The highlight for me is the roller coaster scene in Vol 5 of the novel. I don't know if the anime will go that far or not.

Needless to say, the anticipation is pretty high for this one.