Yes, another anime series written by him is coming to air next month in Noitaima slot (usually 11 eps) called...Psycho Pass. Animated by Production I.G., so far what I knew is Minority Report-like atmosphere where a future criminals are pre-empted by cops/ law enforcers called Executers before they commit any crime. The terminology is called "crime-mind index" and what is revealed that sometimes Executers can turn into being hunted too after being influenced by the criminals. To minimize this, they are paired with an Inspector.

The story focus on a 20 year old rookie Inspector, Tsunemori Akane. And since it is by Gen, expect a lot of guns too. Wohoo. 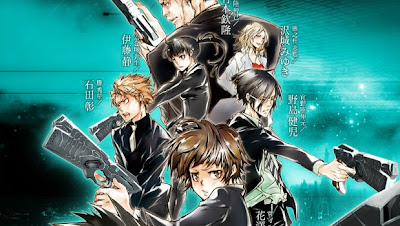