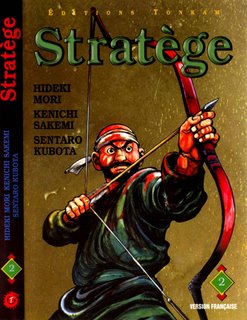 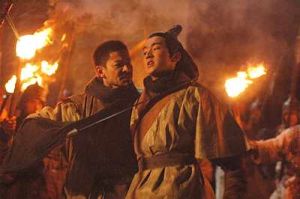 Another adaptation of manga into live action movie, starring famous Hong Kong veteran Andy Lau, it talks about exploits of military strategist Mo Ge Li helping a weak nation against a massive invasion by a bullying neighbor country. The live action movie involved massive money about US$ 16 million ( it is a big money for HK cinema) and collaboration of 4 major entities from Hong Kong, China, South Korea and Japan to get the movie ideas into reality. Also known as Battle of Wits, it is scheduled to be released this month to the world. It could be the biggest event movie in Chinese cinema 2006. According to Andy Lau, it is a 10 year project.

In Europe the manga goes by name of Stratege.