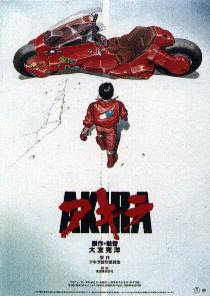 Looks like the script is done and list of actors were released few days ago. Let's breathe slowly yes? Here it comes...

Justin Timberlake?! Ouch. Other than acting as Napster founder in Social Network, I am not too sure if he can carry the role. Joaquin Phoenix inspires more confidence from me, he has the intensity and seriousness about him. Plus, his role as Commodus in Gladiator (2000) is awesome. Pine is also an interesting choice, considering I enjoyed his Captain Kirk immensely in last Star Trek movie. No comment on Fassbender or Hedlund though.

I am kinda okay with James McAvoy and I do enjoy his acting, but let's see the rest. Pattinson...yeah...that Twlight guy. Horrors. No shiny chest and emo stalking please! I am ambivalent about Garfield, I only seen him in Social Network so far. But hey, he is new Spidey by the way!

The studio was prioritizing this adaptation since they paid quite a sum to Kodansha. They got Harry Potter writer to work on the script which the director (Book of Eli director) and studio excited enough to push the project. I will still watch it but I going in the cinema, tabula rasa style. Not going to compare it with original material. I hope it will not suck like Godzilla.

anime
Posted by Unknown at 02:11 No comments: Links to this post

anime
Posted by Unknown at 22:11 No comments: Links to this post 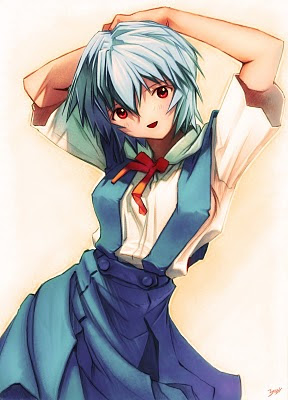 Ah, looks like Mr Sadamoto might restart his work on this famous manga (started in 1994). So far, 12 volumes is out and many fans estimated it will take another 2 books to complete the story. I wonder how long the 2 volumes will take.

This news is before 11 March tsunami so I do wonder if the plan is still on or will be postponed in face of major disaster. So far, no post tsunami updates regarding about manga resurrection plan on April. But to be fair, Evangelion manga was illustrated beautifully and with great care, a nice feast for eyes.

I wouldn't hold my breath for next volume, that's for sure. Hee.

anime
Posted by Unknown at 21:13 No comments: Links to this post 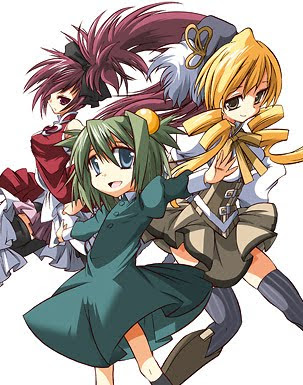 Well a prequel to the already legendary series is in the works, the story focuses more on exploits of senior magis; Kyoko and Mami. Titled Magica Magi Puella Riko, it looks more like a manga instead of a spin off TV series. The new girl, Riko should be main character here. I don't know if there is any plan to adapt it to TV or anything though. Also I do wonder if the tone for this is as dark as the main series.

anime
Posted by Unknown at 16:46 No comments: Links to this post

Looks impressive. I am looking forward to it since I do enjoyed Tron: Legacy. Daft Punk did help a lot for immersion into the story.

anime
Posted by Unknown at 02:46 No comments: Links to this post 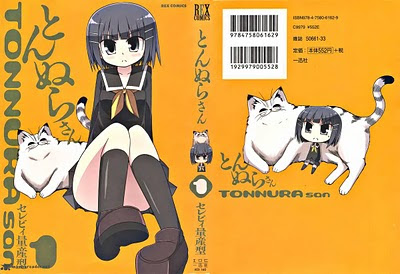 This is a humorous manga, the story is about a very cheeky talking cat adopted by a family with 3 sisters. What's funny? The cat's expression is static all the time, pretty much like QB from Magi Puella Magica Madoka (2011). Only this time, it was used for humor instead as a sinister creepy factor of QB. The expression is a big, big smirk with very confident, sexy pose all the time which adds to the funny factor. There is a lot of silent, "duh" moment when the cat starts to talk to often bewildered humans around Tonnura San while still posing that manner.

Suitable for relaxed reading after a tough day of work.