A for Anime, M for Manga 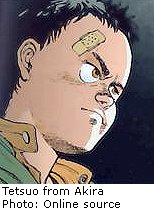 The terms Manga and Anime may sound Greek to regular Nepali citizens, even to the khalasis of local buses adorning the words in big bold metallic letters. To those who actually understand the lingo, it actually means Japanese comics and animation. With large headed, big eyed and pointy nosed characters being its most distinguishing characteristics, Manga and anime are in a totally different league than the regular comics and cartoons one can find.

This Nepali full article can be seen here.

Another generic article talking about anime from another corner of the world, Nepal. It still amazes me how universal anime popularity can be in this aspect. I do wonder however if their anme is as up to date as rest of developed world, for example do many of Nepali knew about Haruhi? I wonder if anyone can use this as yardstick of differences between developed nations and non developed nations.
Posted by Unknown at 22:22 No comments: Links to this post 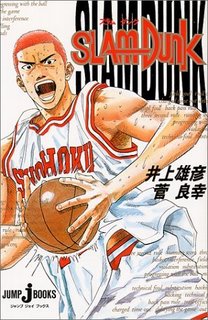 The 10th anniversary of the Japan Media Arts Festival, Japanese fans voted on the top 10 anime and manga of all time. 80,000 votes were received in the anime category whereas 79,000 in the manga category were counted (voters were allowed to vote for up to 10 titles). However careful data scrutiny will reveal that real number of people who voted is 33,884 - total. 12,840 people voted in the animation category and 13,070 people voted in the manga category to be considered.


The top ten manga are:

The title that I liked so far here is Mushishi whereas Doraemon and DBZ is like mainstream cartoon for me. I quite glad to see Mushishi is here though. Haven't touch Death Note yet but the rumbling is too loud to be ignored. 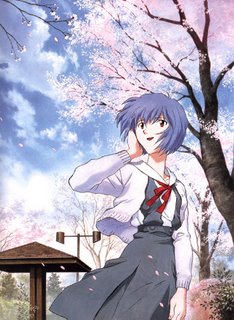 Until today, GAINAX Evangelion is still around 11 years after it aired in Japan. That's the testament to its resilience and popularity. Again, I am glad to see Mushishi here, the anime truly deserved a lot of good press. Except for Lupin III, I seen the rest which means my taste must be pretty good? Hahahahaha! Maybe!

The links for manga and anime is here (in Japanese). I will publish what I think of the list later, after much deliberation.
Posted by Unknown at 13:10 1 comment: Links to this post 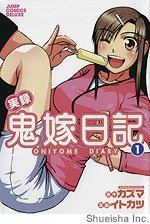 TOKYO -- Six years ago, a Japanese businessman went online to vent about his domineering wife. Blogging daily under the pen name "Kazuma," he detailed how she grabbed food from his plate, sent him shopping in a typhoon, and made him sleep in the living room when he caught a cold.

Now, his terrifying spouse is famous as Oni-yome, or "demon wife," the star of a book, a television drama, a comic-book serialization, a videogame and, coming soon, a movie.

"Demon Wife Diaries," as the book and its spinoffs are titled, is at the forefront of a trend in new media emerging in Japan: Blogs, chat rooms and other Internet formats are increasingly providing the inspiration, and in many cases the verbatim content, for books, television shows and other old-media products.

Blogs, in particular, are contributing to the vast reservoir of online content. Stories that incorporate the Internet and that unfold in its anonymous, abbreviated writing style are proving to be especially popular -- perhaps because they represent real, spontaneous conversation, not an author's massaged prose.

Now this is an interesting synthesis of blogging and anime. This blogger accidently becomes a "prosumer", a combination of producer and consumer as coined by Alvin Toeffler. I seeing more and more instances of intregation of medias to satisfy consumers also, enabling consumers to replicate the goods in soft form such as this. Using blogging and turn it into manga is pretty brillant idea, in my opinion.
Posted by Unknown at 09:22 1 comment: Links to this post