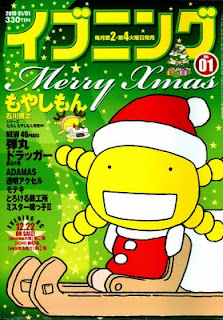 Ah, the manga and anime caught my heart with eccentric cutesy depiction of mircobes is now given a green light as live action drama TV, to be aired in supposedly prime time in Fuji TV soon next year. The series have a very charming atmosphere provided by funny comments from little germs that main character can see and hear. Of course most people remember his good friend more. (shrugs) Or the lesbian sex scene. Whatever.

I am looking forward to watch the drama, expecting same type of humor and charm from the ilk.

Wooo, I can see future of power armour here! Thought controlled control systems is getting nearer to reality. Gasaraki or Starship Troopers OVA anyone? 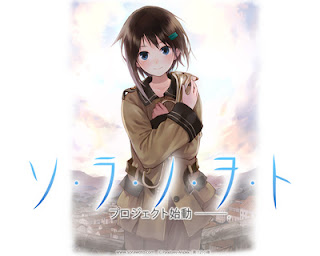 For some reason this story caught my attention, it is a story of a place where continuous war has devastate it and leave it exhausted in future. A 15 year old girl joined a military unit consists of 5 girls, blaring music over towns that is devoid of people and seas that has no fish. Sounds like some pacifist, green hugging story with moe characters thrown in. After witnessing the success of Strike Witches, A-1 Studio might decided to take a plunge with military moe genre? What struck me is people are expecting this to be cheerful and happy brainless moeblob K-On! copy. However, looking at the synopsis, it did not seem this way to me nor the choice of director for the upcoming series. Slated for January 2010 airing.

Director is a dude who did the infamous Elfen Lied, Mamoru Kanbe. The art style looked familiar? It looks like Kannagi because it from same studio, I suppose. Script is by Hiroyiki Hoshino who did Macross Frontier.

I sensing a potential train wreck like Saikano or over-the-top violence and self pity of Elfen Lied. Interesting.