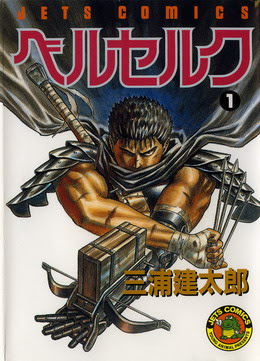 Yeap, movies. 3 movies to be exact, 1st one will be aired in Japan on January 2012. Since I am not very familiar with Berserk manga, it says the movies will focus on "Golden Age" arc. That's about it, not much news of who is doing what or which studio.

After open ending in anime which frustrated a lot of fans, this is surely a stupendous news, following the remake of Kenshin series and live action movie.

Now I wonder if this is from leaked images from OVA?

anime
Posted by Unknown at 04:14 No comments: Links to this post