It’s the punk-rock groupie chick you want to slap silly as she thrusts herself toward your friend who happens to be in band. It’s the boy who wears the shirt of the band he’s seeing to the show. It’s the kid that you just know has the 20-sided die in his pocket. Fan girl, fan boy, geek. These are all slang terms well-known to be less than complimentary.

What some people fail to see is there are those who revel in their rabid obsession. Those who can, poke fun at themselves while having a good time. When it comes to “anime geeks,” some of those people are right here on campus. They’ve come together as UNOtaku, and they celebrate anime as both entertainment and art.

Full article is available here.
Posted by Unknown at 12:49 1 comment: 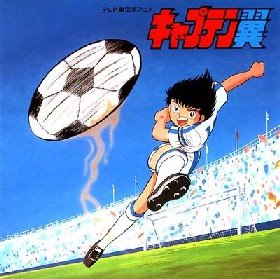 Despite the sweltering, 50C midsummer heat, young Iraqi children love to play soccer--a passion that extends to their TV-viewing habits, which include the popular "Captain Majed," the Arabic-language version of Japanese anime "Captain Tsubasa."

Foreign Ministry official Yasuyuki Ebata used this to the advantage of the Ground Self-Defense Force troops serving in Samawah while he was there in May 2004, working on economic cooperation projects.

About time Japan used anime wide appeal to make itself more acceptable to international community. Hopefully this trend will last.
Posted by Unknown at 12:45 2 comments:

Yoshihiro Yonezawa, a manga critic and president of Comiket, the world's largest comic convention, died on Sunday from lung cancer. He was 53.

Yonezawa organized the first Comiket (Comic Market) in 1975 to display and sell dojinshi (self-published manga and novels). In 2002 he won a Japan Society for Children's Literature Prize for his work "Fujiko Fujio-ron: F to (A) no Hoteishiki" (Fujio Fujiko discourse: the F and "A" equation).

The manga critic's funeral will be held jointly by his family and the Comiket committee at Zenpukuji Temple in Tokyo's Minato-ku on Oct. 7. The chief mourner at the funeral will be Yonezawa's wife Eiko. (Mainichi)

My special tribute to him, who make possible the doujin culture which gave the world a lot of good animes and manga. For example TYPEMOON with their respective games, Tsukihime and Fate/Stay Night.