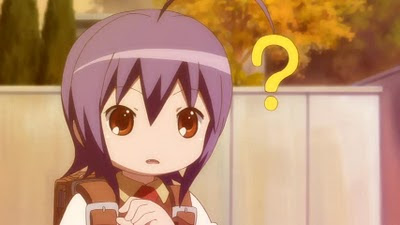 Someone asked what does the bill mean. This is what I understand so far.

Well for starters, DPJ has agreed to support the bill that specifically aimed to tackle the perceived otaku social issues. Why DPJ counts? Because they still have clout in political Japan and if they willing to support any Bill, it most probably will pass the voting. The formal process to stamp the Bill to be in effect is on Wednesday. The one who proposed this Bill is Tokyo Metropolitan Government which led by notorious right winger Governor Ishihara.

Stuffs like underage characters in explicit situations, yaoi or yuri stories or anything that is seemed to impede desirable youth development in Japan by suggestive content that glorifies anti social stuff. Problem is the Bill is very subjective and almost everything under the sun can be censored or banned. It is so easy to abuse this interpretation: "unjustifiably glorify or exaggerate" certain sexual or pseudo sexual acts". The word "pseudo" is giving me heebie jeebies. What does it qualify as "pseudo" then? (slaps head in confusion)

What is more intriguing that this law is very specific on anime, manga and games. Why they do not examine films, tv series or novels especially those from "pinku genre"? Some otakus are enraged by this very specific targeting by lawmakers.

What does it mean for anime fans around the world?

Well beginning next year June or even earlier, no more panty shots, no more hot springs scene, no more beach scenes, no more stumbling into female changing clothes scene, no more males or females engage in intimate behaviour and possibly most interesting is no more school life scenes. There is even reports of publishers already banning depictions of school uniform in light of the Bill. Pretty extreme.

The famous Japanese school girl phenomenon will probably die with the wider adoption of this Bill.

Maybe games like Love Plus or those countless eroge VN will be in trouble since they emphasize a lot on romantic encounter with school girls.

Another scenario is there will be less anime or manga output since most of them will be branded adult which means higher cost of production since market is smaller for them. Less anime content in Japan, even lesser for rest of the world. Less anime means less stuff for subbers to translate too. So every anime fans around the world, legit or not, will suffer from this law.

No more glorious years of 2002-2006. Or even worse, anime stories will be more stale since it is gonna be so kosher/clean.

Am I too pessimistic?

I don't know but looking at the wordings of the Bill 156 certainly very open to interpretation. The word "pseudo" is very worrying and too convenient for anyone to ban any works without much examination. Not helping when anime/manga industry in Japan is declining and now have to face this bizzare law that further squeeze their market from usual demographic.

I will be hard pressed to see how any mangaka or animators going to make a living with this law in force soon. Not surprising when 10 major manga publisher companies decided to withdraw support from Tokyo Anime Fair 2010 which is chaired by Ishihara.

anime
Posted by Unknown at 01:26 No comments: Links to this post