Analysis on Fractale / フラクタル, what works and what is not. Part 1.

I heard Yamamoto Yutaka is retreating from anime directing for a time being after he admits that Fractale failed his expectations. He was reportedly perplexed at "failure" of Fractale and why it did not become breakthrough anime that he hoped for. He also said he could not understand other anime shows ( I wonder if he talks about Infinite Stratos which managed to sell 22,000 BDs for 1st volume or Madoka in this aspect). The clincher is he wondered whether he has gone insane or the world has gone crazy instead. Sourced from Otona Anime here. Personally I think if he really did retire, it will be quite a loss to anime scene. Despite his bombastic boast that he will single handedly turn back anime from moe pandering to real plot and real story before the airing of Fractale, I still thinks he is talented, slick director.

This will be quite long article, so bear with me as I go through slowly as to what I like and what I don't dig about this series. Beware though beyond this point, it is spoilerific territory. Part 1 deals with what I like with this series, part 2 is what I do not like about Fractale.

Music is stupendous, very sweeping in orchestration and feel. Many times I have chill listening to the BGM while it accompanying the scene. The OP/ED is quite decent combo, however I love the ED more as the image meshed with the song perfectly. Peaceful, quiet yet endearing feel fueled by Irish poem inspired song. This is where Yutaka Yamamoto really shines: making slick OP/ED montage. Many will still remember the legendary Haruhi S1 ED.

Now, next on the list, art. Many controversy generated when fans are not too keen with the anime style, they wondering why the promo arts (done by Hidari) is so different from finished product. For me, it did not really bother me as the animation is smooth and pleasing, just not as distinctive as the illustration art. Some pundits hammer this is one of the reason why the anime failed to be big since they don't employ the promotional art all the way. 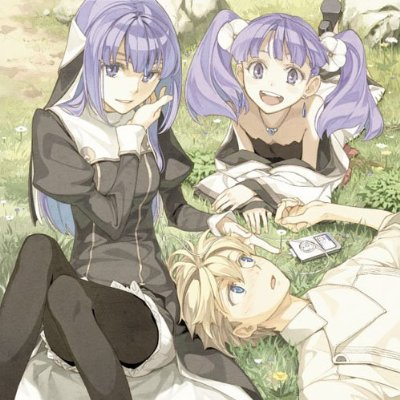 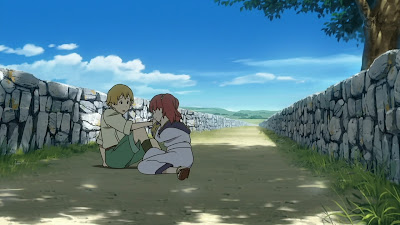 Frankly, I disagree with those pundits since it did not really jar me anyway. Fractale's anime art is lush and beautiful, very high production value for TV series in honesty.

I quite like the general outline of the story, it has the sweeping epicness behind it and general interesting ideas. What happened to the world after Fractale was activated? Why humanity at large become glorified sloths in global Holodeck? Why Lost Millennium rebel against this "religion"? Is Fractale too happy for humanity to live? I have to pay tribute to the writer who came up with this good ideas, a great potential for a great series. What screw it up though is some plot holes and execution.

And the ending. Ah, it is one of the most beautiful and heart tugging ending ever in anime. I still feel the bittersweet sensation, weeks after I watch the finale. It wrapped up the story nicely, giving it a solid closure. Nice writing for the scene.

Ghost in the Shell: State Solid Society 3D? Damn. These people are pushing consumers to get 3D capable TVs.

Apparently remade with 3D technology, shown in Japan on 23rd March this year. Looks nice with new opening sequence. I wonder if Production IG is going to release any new GITS. Just wondering.