Lament of the Lamb/Hsuji no Ota Live Action Movie?

LOS ANGELES, Oct. 13 /PRNewswire/ -- Fresh on the heels of acquiring worldwide film rights to its hit manga series, Lament of the Lamb, a gut-wrenching horror story of a young man who shockingly discovers he may be the last in a bloodline of vampires, TOKYOPOP has chosen the property to launch the company's first foray into independent film production. Currently in development, the Lament of the Lamb film venture has landed a coveted "In The Spotlight" position at this year's 19th Annual Tokyo International Film Festival. Ranked as one of the world's largest film festivals and Japan's only officially approved international film gathering, the 2006 Tokyo International Film Festival will be held in Tokyo from October 21 through October 29, 2006. 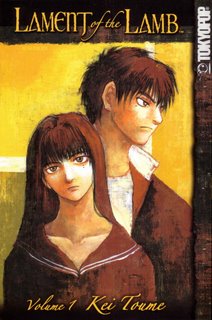 I kinda liked the manga, but the short, incomplete OVA did no justice to it. However the original content has a lot of incestrous tendencies so I was wondering how it gonna be reproduced while addressing this part of the story. The relationship is very significant part of the story thus this news made me decidedly uneasy since there is too many potentials of being emasculated of its potency.

It remains to be seen if this colloboration can work.
Posted by Unknown at 09:43 No comments: Links to this post 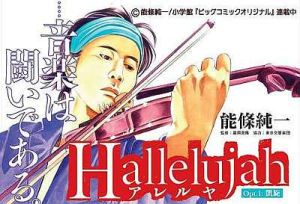 A manga uniquely created with the help of Japanese classical musicians may strike a chord with manga readers, reports KUMI MATSUMARU.


TODAY, the topics and themes taken up by manga are becoming more varied. They range from love, student life and sports – long-popular manga themes – to medicine, cooking and the legal profession. But music, and classical music in particular, has been less often depicted in comics, partly because musical themes were considered too difficult to express in a medium without sound.

Now I really intrested on how this manga going to tell the story about music without music accompany it. The story is somewhat similar to Hikari no Go, another work that is produced with assistance of professional go players in order to make it more authentic. Hikaru no Go single handedly made Go a hip amongst Japanese youngsters when it became popular so I do wonder if this work will do the same thing.
Posted by Unknown at 09:13 No comments: Links to this post